Pop Culture has landed in Monaco !

Japan Expo, Comic Con, Paris Games Week,Paris Manga…
There is certainly no shortage of shows dedicated to mangas, videogames, animation and comics. And yet there is a ‘but’: they are all held in Paris.

For the third consecutive year and, our great fortune, on 18 February 2017 #MAGIC2017 made a stop over in the prestigious Grimaldi Forum in Monaco.
Cédric Biscay of Shibuya Productions wants to share his passion for pop culture with lovers of this world and let enthusiasts discover it.
You couldn’t go ? Don’t worry the Justdin team, sensitive to Japanese culture and new technologies, was there for you! There were plenty of interesting meetings, exchanges and company! 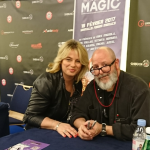 What was in store? Conferences, round tables, signing sessions, a videogame writing competition, a manga competition, the great cosplay competition and an exhibition space. No
less than 2000 visitors and 35 prestigious guests gathered for the occasion. We didn’t manage to meet Tetsuya Nomura, the well-known Japanese games developer, who created the Final Fantasy characters. But we managed to meetMike Mignola, the American illustrator, known for the Hellboy series.
We were honoured to share a few words with Mike, who made his debut with Marvel Comics, in particular with Hulk. 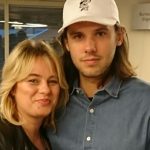 A few minutes later we came across Orelsan, member of the jury for the cosplay competition. A rapper, actor and director, this French artist wears many hats, and is a great fan of manga comics and Japanese animation. In 2016 he voiced Saitama, the manga hero of One Punch Man.
In the Camille Banc hall we witnessed the awards ceremony of the great cosplay competition. The best international cosplayers, who transported us into their universe, were in attendance.
The worthy winner won a flight to Japan offered by Air France.
The afternoon continued with the discovery of a start – up that has created an app for children that can be downloaded on Ipads. “SwapTales: Leon!” combines fun with reading. The aim of
the game is to become a hero by helping the main character in his mad dash to resolve the conundrums. There are 62 illustrations to explore, words can be changed and there are over 30 original pieces of music to listen to. The fun is guaranteed! And the cherry on the cake is that it is available in various languages: English, French, German, Spanish or Italian.
Faites vos jeux ! 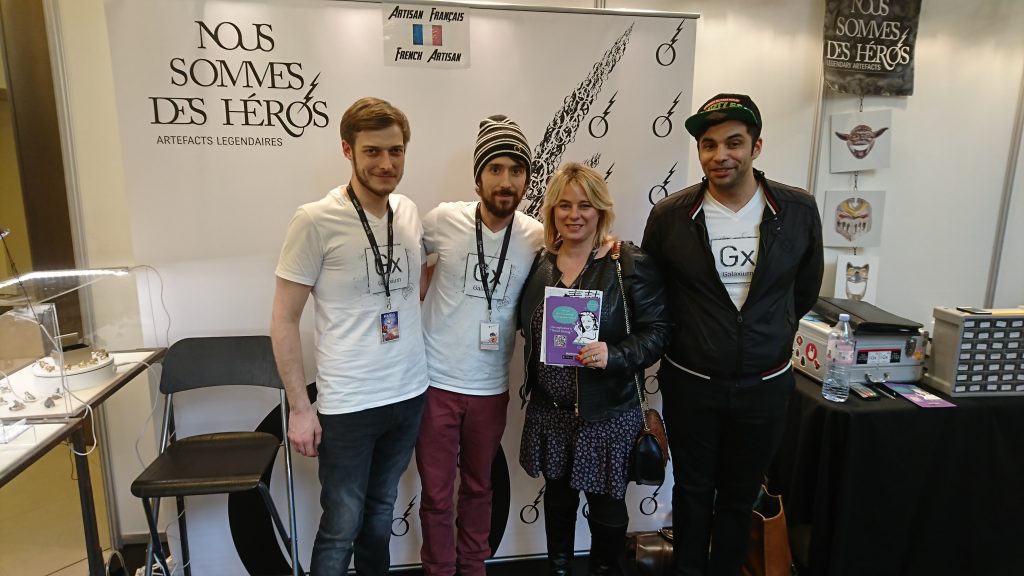 Seeing as there is a superhero hiding in all of us, Maxime Macchi, a former dental technician, has created a range of jewellery called: “Nous sommes des héros” (We are heroes).
Puzzled ?
A former dental technician who launches a range of jewellery? You will certainly want to know more. Just think that Maxime was specialised in facial reconstructions and was inspired by his medical knowledge, analysing the anatomy of fingers, to create rings that adapt to their shape. Maxime carries out each single stage of the process by hand in his atelier in Aubagne: sculpture, polishing, metal working, setting and inlaid work. Our day ended next to the action figures of our favourite heroes : Goldorak, Cobra, Pikachu…
An enjoyable trip down memory lane! Talking of apps, Justdin will soon be available in the IOS version. Signup to our newsletter to be the first to be informed about the launch.
Whilst we prepare our next article, follow us on the socials : Facebook, Linkedin, Twitter and Instagram.
Keep in touch !
The best is yet to come…

By continuing to use the site, you agree to the use of cookies. More information