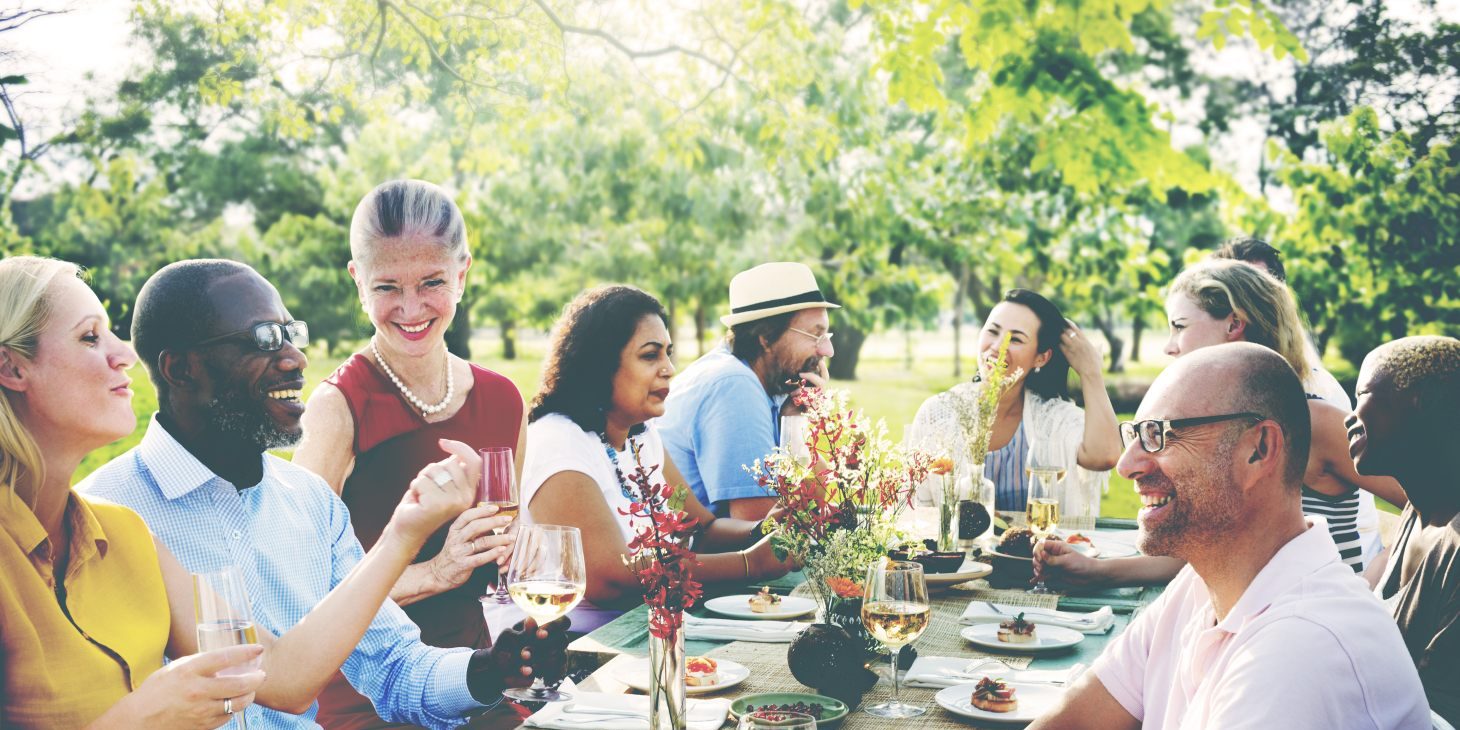 DESTINY – noun: power believed to control events. The idea of destiny is in contrast with the idea of free will.

Contrasting ? At Justdin we are not for opposing, we prefer uniting: combining destiny with free will, so that they become one. We leave chance to one side and prefer triggering destiny through enriching meetings around a welcoming table.

We like keeping a watchful eye on the richness of the world and the people that live in it. Listening, communicating, sharing, meeting and following your instincts: this is Justdin’s way !

Life consists of a series of meetings each one more rewarding than the next. Meetings that can take place in a family context, between friends or with work colleagues. No matter where they take place, they all share something in common: their uniqueness. Justdin is the promise of a unique and authentic meeting between individuals that value people.

As Eric-Emmanuel Schmitt put it so eloquently: “A meeting is something decisive, a door, a fracture, an instant that marks time and creates a before and after”.

Our ambition at Justdin is to make people with similar interests meet over a lunch or dinner. Our leitmotif? Rendering your meals unique moments dedicated to sharing interests with joy and good humour; bringing together different kinds of altruistic and passionate people. In other words, triggering fortuitous meetings in the new Justdiners community.

And what if the magic happens? And what if one of these meetings changed the course of your destiny ?

A MEETING, A DESTINY

It is practically impossible to come out of an encounter untouched. In some cases they can change the course of a lifetime. For example look at Steve Jobs and Steve Wozniak. Their shared passion for computing and their meeting at the Homebrew Computer Club resulted in Apple. Need we say more!

Or what about Céline Dion’s life, which was turned around by her meeting with René Angelil, who mortgaged his house to finance the recording of her album. And in football? Zinédine Zidane met the AS Cannes talent scout during a 3 day course at the CREPS in Aix-en-Provence.

Another example from the world of sport is Vincent Moscato, a man who has had many changes in his professional life triggered by decisive encounters: from rugby to radio, including cinema, television and theatre.

Some people see their lives transformed by an encounter, whilst others prefer taking matters in their own hands and make their own destiny. Stéphane Capela of the program Turbo on M6 did everything he could to make his dream come true: test-driving cars and being paid to do it! In the kitchen Jean Imbert won over the hearts of the French and filled his restaurant night after night, after he took part in the program Top Chef on M6 in 2012.

Television provides us with another example from the program The Voice on TF1, which introduced us to Amir. It was by taking part in the castings of various television programs that the French-Israeli singer, voted the French revelation of the year at the NRJ Music Awards 2016, changed his destiny.

And you ? Are you ready to change your destiny, with the innovative app Justdin, and follow your instinct to make unique encounters ? Keep in touch and follow us on Twitter and Facebook to find out the launch date of our app in advance!

By continuing to use the site, you agree to the use of cookies. More information